Back in 2013, you could buy one Bitcoin for INR 10,000. My roommate suggested that I invest in it. I brushed aside his arguments.

I am holding off Bitcoin investments

In this post, I will explain why I do not invest in Bitcoins. And why you should be cautious as well.

Have you or anyone you know won the lottery? Have you made big money gambling?

In both cases, the odds are stacked against you. However, people continue to buy lottery tickets. They keep visiting casinos to gamble.

Because both systems sell you hope. The hope that you can get rich quickly.

Investments, on the other hand, is somewhat more predictable. Most investments in India are tightly regulated. The odds of you losing money is less. That is unless you consider “investing” in a Ponzi scheme.

When I invest, I do so for the long term. Trying to invest in what’s hot in the market isn’t what long-term investors do. That’s speculation.

Some people get rich speculating. But that’s 1 in 1,00,000 people. Unless you are lucky, chances are, you will lose money with speculations.

Bitcoin, right now, looks like a gamble to me.

The above chart shows the data for Bitcoin price movements from the beginning.

See the variation over short and ultra-short durations?

I could easily lose more than 50% of my investment in the short-duration I held Bitcoins. That too, within a span of few hours.

Can you handle this level of volatility?

In my experience, most people do not have the ability to tolerate a temporary loss in their investment value. They panic and sell investments when they start to see a decline.

I built and marketed a mutual fund investment product for Indian customers for over 3 years. So I can tell with some level of data-driven insights.

I am a risk-tolerant investor. Even for me, this level of volatility is not acceptable.

#3: I can lose all my money even when Bitcoin prices go up

Bitcoin is a virtual currency. This means that you have to store Bitcoin somewhere – either on your computer or online.

In all these cases, I lose my Bitcoin. There is no way to track or recover it. No one will take ownership either.

Even the biggest companies today get hacked. Security is a mere illusion. Hackers will always find ways to penetrate a network.

In 2014, Mt. Gox, the biggest bitcoin exchange shut down and filed for bankruptcy. 8,50,000 bitcoins belonging to customers valued at more than $450 million at the time was lost. That’s worth to INR 55,000 crores today!

If you have to watch hawkeyed every half-hour if your investment’s value is going up (or down), that’s poor use of your time.

Long-term investors follow a buy-and-hold strategy. They invest in something and ignore the market movements. It’s also referred to as a “set it and forget it” approach towards investing.

Bitcoin, with the crazy price movements, will force me to keep a close watch on price movements. Bitcoin can lose up to 50% of its value in a few hours. When I wake up, my investment could be down by 50%!

I will also lose my long-term focus and try to optimize for short-term gains. It took me a long time to build the patience required to be a long-term investor. I am not giving that up to become a speculator.

There will always be some shiny new thing. Some will succeed. Some will not. Being a long-term investor is what will make you money irrespective of ups and downs.

#5: Bitcoin is not completely legal in India

RBI, the regulatory body for banks in India issued a warning cautioning users. RBI is also working on a policy to regulate cryptocurrencies like Bitcoin. It’s also rumored that RBI is planning to come up with an Indian version of cryptocurrency.

Our government also seems to think like RBI. Finance minister Arun Jaitley confirmed that the Indian government does not recognize Bitcoin as a legal currency.

China is trying to crack down on Bitcoins. There are a few other countries that have banned Bitcoin altogether.

It’s likely that government will allow the use of only its own cryptocurrency as legal currency.

While you might be able to use Bitcoin if you travel outside the country, unless regulations are clear, use within India will be limited.

#6: I won’t invest in things I do not understand

Warren Buffet, one of the world’s richest men, said: “Never invest in companies that you do not understand.” It holds true for any investment you make.

Unless you know what you are investing in, stay away from it. Bitcoin and other cryptocurrencies are something I do not fully understand.

While I don’t need to know how block chains work, I need to have a fair sense of how this currency derives its value. Right now, it looks like it’s deriving its value due to the hype. It’s a bubble waiting to be burst.

Maybe I am wrong.

If I am wrong, I will miss out the gold rush. If I am right, I get to stay content with my long-term approach. Oh, and I also get to say “I told you so!”

#7: Bitcoins are still not accepted widely

An investment becomes valuable when you can use it to fund your financial requirements. You can use the cash in your bank to pay for your regular grocery purchase as well as medical emergencies.

Currently, very few businesses accept Bitcoin. Considering the ambiguity around the legality of Bitcoin, it’s going to take some time for Bitcoin to go mainstream.

#8: The anonymity of Bitcoin is a double-edged sword

Bitcoin is a cryptocurrency. Cryptocurrencies are designed to be anonymous. It’s not built to be regulated by a single authority like Reserve Bank of India (RBI).

Cryptocurrencies do not permanently associate transaction information with a user, unlike your bank. This means that if I use Bitcoin to buy a gun, no one will be able to trace it back to me.

Also, I can start charging for my services in Bitcoins and keep spending it without paying taxes. This leads to easy tax evasion and is not good for our country.

Wannacry Ransomware asked for ransom payments in Bitcoins because it cannot be used to trace the receiver. What’s preventing more people from creating malware and spreading it? They know that the ransom cannot be traced back to them.

With great power comes great responsibility. The anonymity of cryptocurrencies gives it both a positive as well as negative edge.

Can’t I mine Bitcoins and get it for Free?

If you want to try out Bitcoin, buy from any of the online exchanges instead of Bitcoin mining.

Should I completely ignore Bitcoins?

If you feel the current prices are justified, use a small amount of money and buy bitcoins. Ensure that you only spend an amount which you are willing to lose 100%.

As for your regular investments, keep investing your money in stocks or mutual funds. Be a disciplined investor and think long-term.

I am holding on to my regular investments. I will keep watching the Bitcoin space. When there is some clarity on regulations around cryptocurrencies in India, I will buy Bitcoins.

Do you believe you should not wait and buy bitcoins straightaway? Share your thoughts in the comment section below.

I want to leave you with one final thought from Warren Buffet regarding investing. 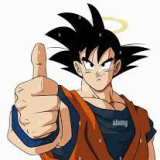 Participate in the discussion Cancel reply